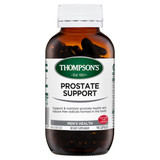 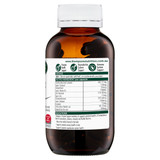 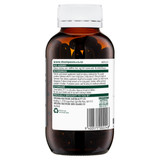 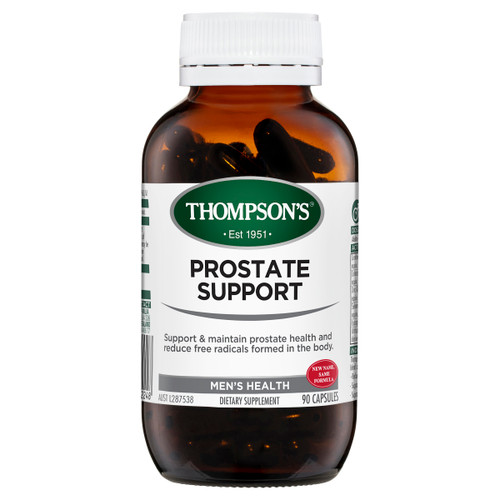 Earn Rewards for every $20 spent

Thompson's Prostate Manager is a nutritional and herbal complex.

Adults: Take one capsule a day (with food), or as professionally advised
Store below 30°C in a dry place

Thompson’s was established by the respected English herbalist M. Barrington Thompson, who opened New Zealand’s first health shop in 1951. He was passionate about the efficacious use of herbal therapy to restore his patients to optimum health. Today, Thompson’s is a leader in natural healthcare in New Zealand and are continually seeking solutions that will drive better health outcomes and deliver a range of healthcare benefits to support a healthy lifestyle.

Thompson’s commitment to quality is evident in every aspect of the business from sourcing and testing raw materials through to final product. Thompson’s uses only high quality ingredients, grown and sourced from sustainable and ethical producers whenever possible. A high level of quality control with testing throughout the production chain ensures Thompson’s commitment to the quality and consistency of all products.

Thompson's Prostate Manager is a nutritional and herbal complex.

Adults: Take one capsule a day (with food), or as professionally advised
Store below 30°C in a dry place

4 out of 5
(Out of 10 Total Reviews)
Write a review
Les
Thompson&#039;s Prostate Manager
When my flow was down to a trickle and sometimes I couldn\&#039;t go I was worried, but have no worries since I\&#039;ve started using this product.
William
Thompson&#039;s Prostate manager
I have used this product over the last several years and while it is not a cure, it does help alleviate the constant need to urinate During the night. As i think I have mentioned before . this product is the most consistent that I have tried.
GEOFF
Thompsons Prostate Manager
Prostate Manager review. In January 2015 I was diagnosed with enlarged prostate (BPH) and prescribed a low dosage of Doxazosine to alleviate the urination frequency (UF), particularly at night which involved a toilet visit four or more times a night. Over the next two months the dosage was increased but so did the side effects. However, the UF was reduced to two or three times during the night. Although not serious side effects, they were annoying so I `weaned&#039; myself off the drugs and commenced Thompsons Prostate Manager in July. I have now been taking these capsules for nearly seven months and, regretfully, I&#039;ve found them to be generally ineffective for the nightly toilet visits and have discontinued taking them in favour of the resumption of Doxazosine with it&#039;s attendant side effects.
Pahngmo
This worked wonderfully!
I am really happy because this item helped me lengthen the intervals between urinating. Tried many other things onky to fail, this Pristate Manager helped me. Now some nights I have one continued sleep the whole night without wakenning to urinate.
William
I have tried almost every brand of ...
I have tried almost every brand of herbal treatment for prostrate management over the last 20 odd years, I have found that this product is more consistent from bottle to bottle than any other I have tried Well done!
William
I have been using Prostate manager ...
I have been using Prostate manager for some time now. After trying numerous brands, I have found this product to be the most consistent in its ability to help with prostate management, on a day to day basis. Also the service from HealthPost is second to none.
Sean
Great product! Bought for my father...
Great product! Bought for my father, he said after taking this one, the number of getting up to the toilet during the night have been cut quickly.
Lloyd
Been taking for just over a week an...
Been taking for just over a week and is working really well. Take 1 at dinner and no more 5 trips a night to the toilet.
Steve
I have benign prostate enlargement ...
I have benign prostate enlargement and have been using this product for two weeks. My urine flow test at the urologist was 1.5 minutes to empty from a full bladder. I noticed an improvement in flow on the second day. I have now timed it at 35 to 45 secs from full on several occasions. I feel like urinating is more normal now. Highly impressed. Read Dr. Robert Atkins&#039; Vita Nutrient Solution if you want to know more.
<< <
1
2
> >>